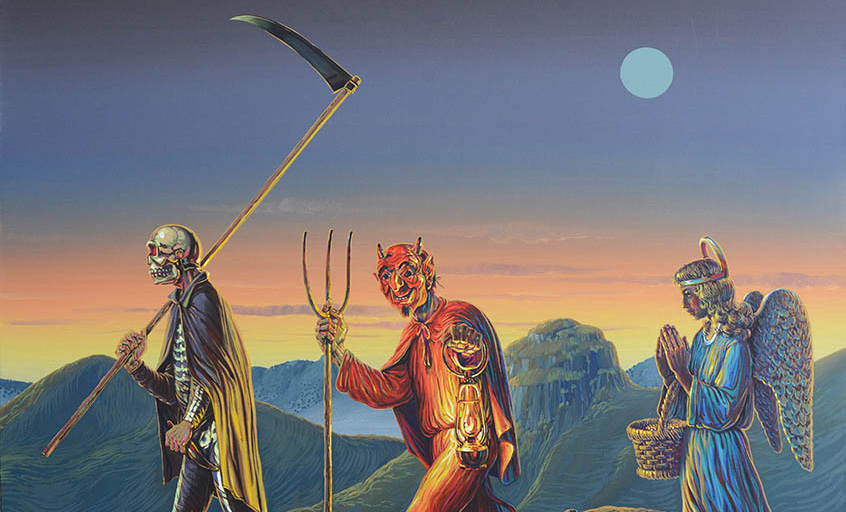 The masquerade is a farce that recalls the typical carnival themes: the representation of the story of a mountain family made up of: an old drunkard (the vècc ciochetù), an old lady and various characters such as the daughter and her boyfriend, the death, the devil, the angel, the donkey, the doctor, the notary and the priest. In addition to these characters there is also a mask which is appointed to tell the plot of the staging and another mask, who has to keep the scene free from possible disturbances. The show was supposed to take place at sunset time, outdoors, and had to be followed by some men who carry the typical lamps of miners, by music and ol bandì (a little music band) and by enthusiasm all around.

The Masquerade of Dossena retrace the ancient peasant carnival where people celebrated the end of winter and the beginning of spring. Over time, the masquerade has become a time of socialization and fun, of reinterpreting the present in continuity with the past and the recovery of cultural identity of the inhabitants.
Thanks to the artist Filippo Alcaini, at the end of the sixties, the Dossena Masquerade Group was recreated. Filippo Alcaini wrote the masquerade plots, built the so called baöte (masks of local tradition) and designed the costumes.
This ancient tradition of the Masquerade is still common in Dossena and it is usually held on several occasions, always in the open and during the evening.